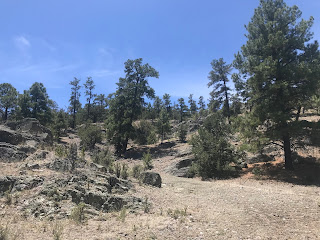 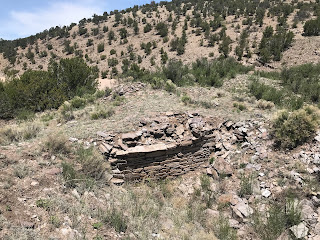 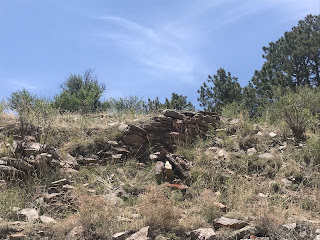 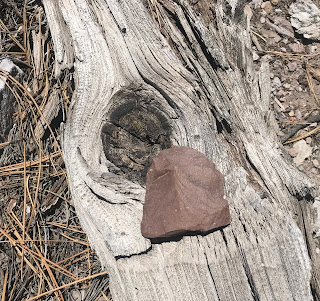 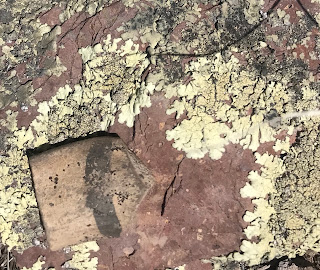 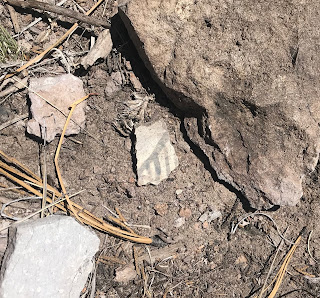 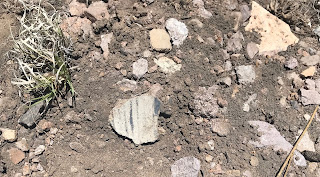 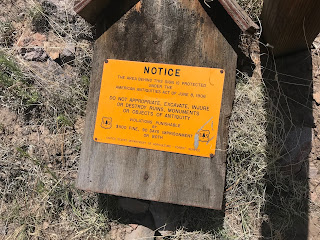 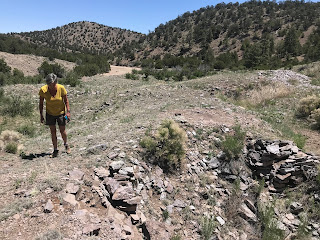 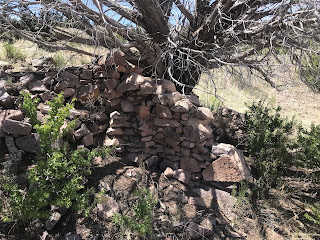 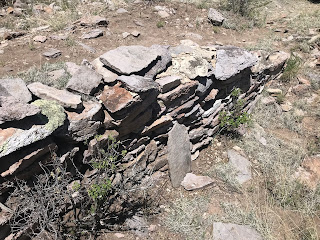 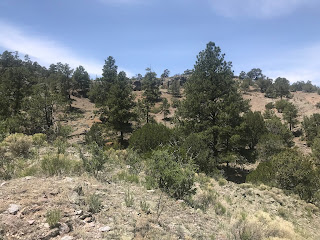 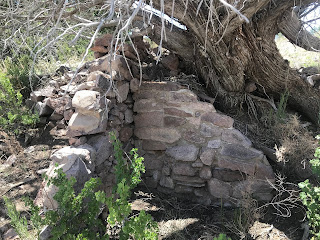 Sometimes what is called for is an adventure that is mostly driving. I will on occasion break my rule: Total Driving Time = Total Hiking ( or Fishing ) Time. This past weekend seemed like a good time to do it. Hot, dry and breezy in the lower elevations, and mostly likely exceptionally crowded ( with folks having little else to do to amuse themselves on a holiday weekend but take to the outdoors ) in the cool ( and accessible ) higher elevations of the Lincoln National Forest, I decided we would take off for parts unknown ( or mostly so). I had two options in mind, either the Peloncillo Mountains of the Coronado National Forest down in the Bootheel, or the Gallinas and Bear Ranges ( of the Cibola National Forest ) north of Magdalena.
The Peloncillos had been put in my mind recently, as my friend David Soules had recently visited there in his capacity as a State Game Commissioner  on a fact finding journey regarding a wealthy landowner's desire to close a public road,
I had gotten curious about Bear and Gallinas Mountains unit of the Cibola National Forest after looking at some properties  for sale online that were inholdings within the Forest up there.
I put the question to my wife on Sunday morning, north or west? She chose north. We made a picnic. Left the dogs at home and off we went.
On the way out we drove on the part pavement, part gravel NM 107 to Magdalena, which is more direct, but of course the twists and turns of the several  arroyo crossings, and the fact that you can't push past 55 mph even on the straightest stretches of gravel,  means it probably doesn't save you anytime. It is scenic drive though past old ranches and mines, with the high country of the San Mateos on the west and the even higher country of the Magdalenas on the east. We had been out in these parts many years ago at least as far  as the road that takes you down to the Potato Canyon trailhead.
In Magdalena, we got on NM 169 heading northwest.  I had the idea in my back pocket of visiting some pueblo ruins I had read about in a book I had come across online that was a guide for mountain biking for the Socorro area( written some time in the 1990s). I  decided that we would get a good feel for the area, but also visit this remote site which had piqued my interest several  years ago.
A good forest road, and only a very short stretch of a bad one, had us arriving at the ruins ( elevation approximately 7400 feet) about a half hour after going through Magdalena, and about 3 hours from the start of our trip.
Piles of building stones covered in lichen rose up  more that 50 feet high on the south side of the wide sandy wash. It was hard to tell how much of this was the natural hill and how much was due to a multi- story dwelling. 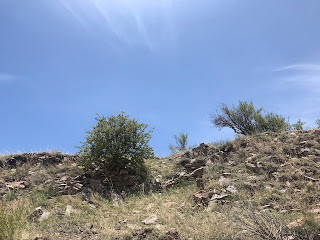 Small sections of walls, and outlines could be seen here and there,  including one that had been partially excavated to show off some impressive stone work. 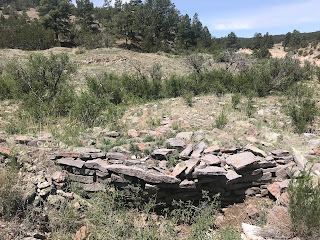 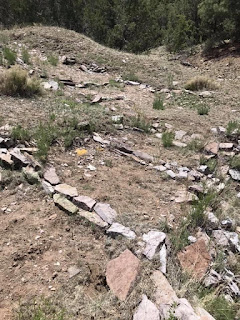 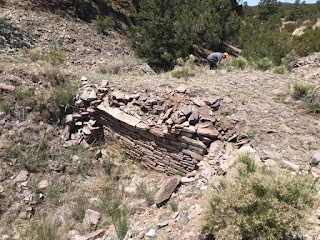 Gabion walls had built at the edge of the arroyo  to slow further erosion  and keep more of ruins from falling in. 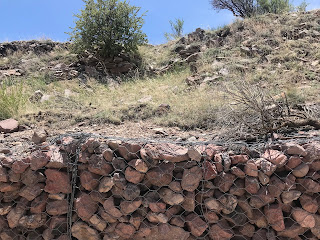 We excitedly wandered around in the midday sun for an hour or more, before taking a break in  the pine needles and cones under a grandfather ponderosa and eating our lunch.
Most areas had little pottery sitting on the surface, but before we left, we found a couple of spots where it was not only plentiful but wonderfully varied.  One corner of an old cabin was discovered and rusty square nail to boot. All in all  we killed a couple of couple of hours here but could've easily spent more exploring the hillsides. 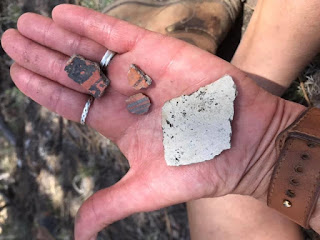 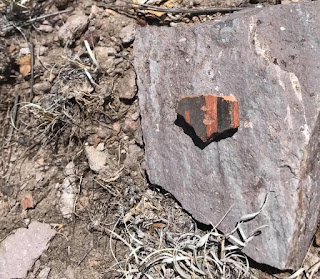 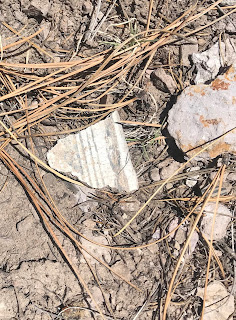 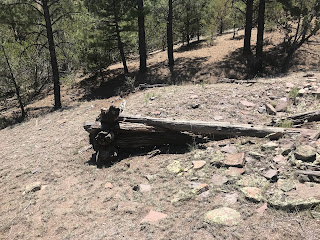 We took a different route back passing windmills and corrals, huge ponderosa pines and big black bulls sitting in the shade of junipers on the hot afternoon,  and cows with calves getting a drink of their mother's milk. These were peaceful scenes in the hills, even if the road was nothing more than tracks in the sandy canyon, or off - camber ruts running through the grass. We re-emerged onto NM 169 began to head home, this time taking US 60 back to I-25. 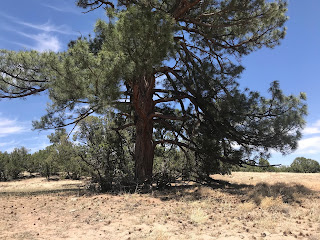 NOTE: While we take photographs of artifacts, both ancient and historical, we do not collect any of them. As we saw no other dusty footprints but our own, and only one recent beer can, it would appear that few people visit this site. I would just as soon keep it that way which is why I've left out the last  of the driving directions. If you are really interested I may ( or may not )give them via email,  but not on the comments page. Truthfully, there are enough clues here that with only a little research, its location can be determined.
Posted by Devon Fletcher at 6:16 PM